Rolling out Scrum is not exactly rocket science. But people are. A few thoughts on bringing relationships front and centre

I read an article recently that stated that in the UK, productivity has increased by 2% over the eleven years since 2008. Before 2008, it was averaging 2% per year but now we are looking at 2% per decade. It led me to thinking about engagement. I realise that engagement is not the only factor in productivity but it is important.

Let me add another metric. Did you know that the most recent Gallup Q12 poll in 2017 stated that positive engagement in the UK is at an all time low at 8%.

8%! Can you believe a number like that? Just to cheer you up, globally, the number is around 15%. So while we have 11 out of every 12 people unhappy in the UK, the rest of the word has only 10 out of 12. To be honest, neither statement fills me which much joy while eating my corn flakes before work. In fact, they paint a very sad picture of not just the world we live in, but the life that most of us live.

I was listening to my friendly buddhist podcast the other day describing how people talk about “changing the world”, but instead we should think about changing our little part of the world. It got me thinking about engagement in agile teams and what I do, as a coach to improve them. Here are a few thoughts.

The agile manifesto has at its core, the ideal of “people over processes” but, in what might seem as a bit of a paradox, the Scrum guide states that we MUST implement every element of the Scrum practice or we can not call it Scrum. Anything else is just ScrumISH.

And while I completely understand each of these two seeming contradictions. And I know that each one is true in its own way, it is actually a hurdle I have encountered as a coach rolling out a new Scrum team. So yes, one of your core tasks is to make sure the team are fully versed in the Scrum practice. But teaching the Scrum framework is not enough. Let’s face it, Scrum is not rocket science. The challenges I have had in the past, have never been a failure of the process, but in each case, the problems were a direct result of issues and failures with the people within the team.

One of the first things to look out for is a misconception on the roles. Desire to use the the Scrum Master(SM) and Product Owner roles as power positions or leadership role is quite common. Initially, the role of the SM can be particularly difficult as individuals with leadership aspirations step up to the plate, thinking they will be running a team. The SM’s core role as coach should see them guiding the team to make their own decisions and become autonomous. But this role of coach asks for a much more subtle and mature attitude to driving the team forward and this is very difficult to understand. So too is translating the ideal that Scrum does not have a leader when it is carried out correctly.

This traditional leadership attitude,also affects the development team, allowing them to fall back into the “them and us” attitude. Which in turn allows them to abdicate their ownership and responsibilities.

It’s important to continually reinforce the message that the team need to shift to a new philosophy. An understanding of areas like:

All these concepts can help the team to adjust to a new and empowered way of delivering.

I believe relationships might be a stronger word than interactions in this context. For me, focusing on relationships is the core. The more that people understand the importance of the relationship, the more that they will make decisions that are in the greater good. And again, the the key to this is to keep it fresh in the mind of the team. The more they think about it the more it will begin to influence them.

A key focus for an agile coach is to understand the whole system. If we start to look at the Scrum team, the customers and the stakeholders as one big system, the agile coach needs to train themselves to listen to that system, ie to the relationships within the system. Perhaps map it out. Discover for yourself who the customer is, who are the stakeholders. I don’t usually need the depth of a power map but a high level understanding of power and influences outside of the team is important. It could be leadership or even the end of year review cycle etc.

I talked at the beginning, about the democratic nature of the Scrum team. Everyone has a voice. But we need to understand that there are alway people who focus on the negative. A lot of the time, people are just cynical about large entities but they are intelligent and good at their job. Speaking personally, I am drawn to these people as they are usually clever and personable on the individual level, and I am quite cynical myself. A further complication is with people who cant express themselves properly or have a negativity bias. I believe these people are a fantastic indicator of the happiness of the group. The level of negative noise will increase when the atmosphere becomes more toxic. Negative people will be 30% negative when things are going well and 60% when they are not going well.

And let’s face it, a lot of times, that voice is correct. Maybe it is not worded well, but they are actually making valid arguments. You must also realise that if you hear it expressed from one, there is a good chance that it is being thought by others. So, be careful about shooting the messenger. It does not matter if they illicit negative emotion in you, they are your most powerful indicator of the general state of the team.

This conflict that is being expressed, in many ways, is not from an individual but from the team and is actually telling us that there is something that we need to do better. Perhaps a better way to look at it would be as a continuous improvement item rather than a conflict to be resolved.

Another area to focus on is the level of anxiety at the beginning of any endeavor. New people coming together brings its own challenges. A good method to resolving this is to reflect this back. Firstly, individuals needs to understand that they are in a state of anxiety and that this will influence their judgment, relationships, even how they simply talk to each other.

You should bring this out into the open early on. You can turn this to a positive if you can get the team to see the truth to it. Ask them to reflect on what qualities they would like to bring to this new relationship. Pick one or two. Perhaps doing some design thinking around values and principles to get them talking about it. If you can move them to bring qualities like curiosity and courage into the fore, it will really help to reframe this new way of working.

Take the time to understand and create objectives.

My second step occurs once the team have a better understanding of the Scrum process and what we are trying to implement. Once we have done some groundwork to focus on the relationships, I will ask the question around what do we want to achieve as a team. I will them map this and bring it in as a central focus for the team.

The key is to establish these objectives and agreements early on. Review what is important to the individuals and the group in terms of the relationships and perhaps draw up a charter that sets ground rules on how we want to treat each other. We should revert to these on a regular basis to allow them to continuously improve.

And finally, remember that our mind state, determines our experience. If our relationships are in a good place, then our experience is better, so our engagement is increased and so our productivity increases. If you change how you perceive the world, the world starts to change.

How’s that for a bit of Zen before breakfast! 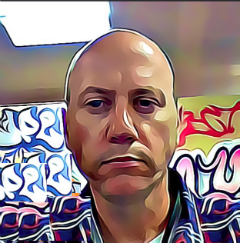